By focusing on spatial structure on electron spins as well as local magnetic moments in nano scale, we will investigate the fundamental technologies for next-generation non-volatile memories and quantum information processing, based on the dynamics of spatial spin/magnetic structures. By understanding the physics of spatial spin/magnetic structures both in semiconductors and ferromagnetic metals, we will establish new field so called “Helical-Spintronics”.

We will tackle this new field of Helical-Spintronics with two young scientist (Kohda/Kanai) and two collaborators in overseas who are in the front runners in the field of Spintronics and Quantum information technology. 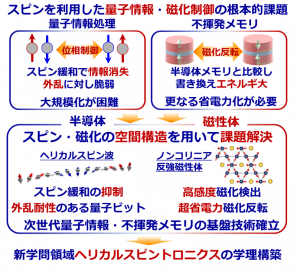 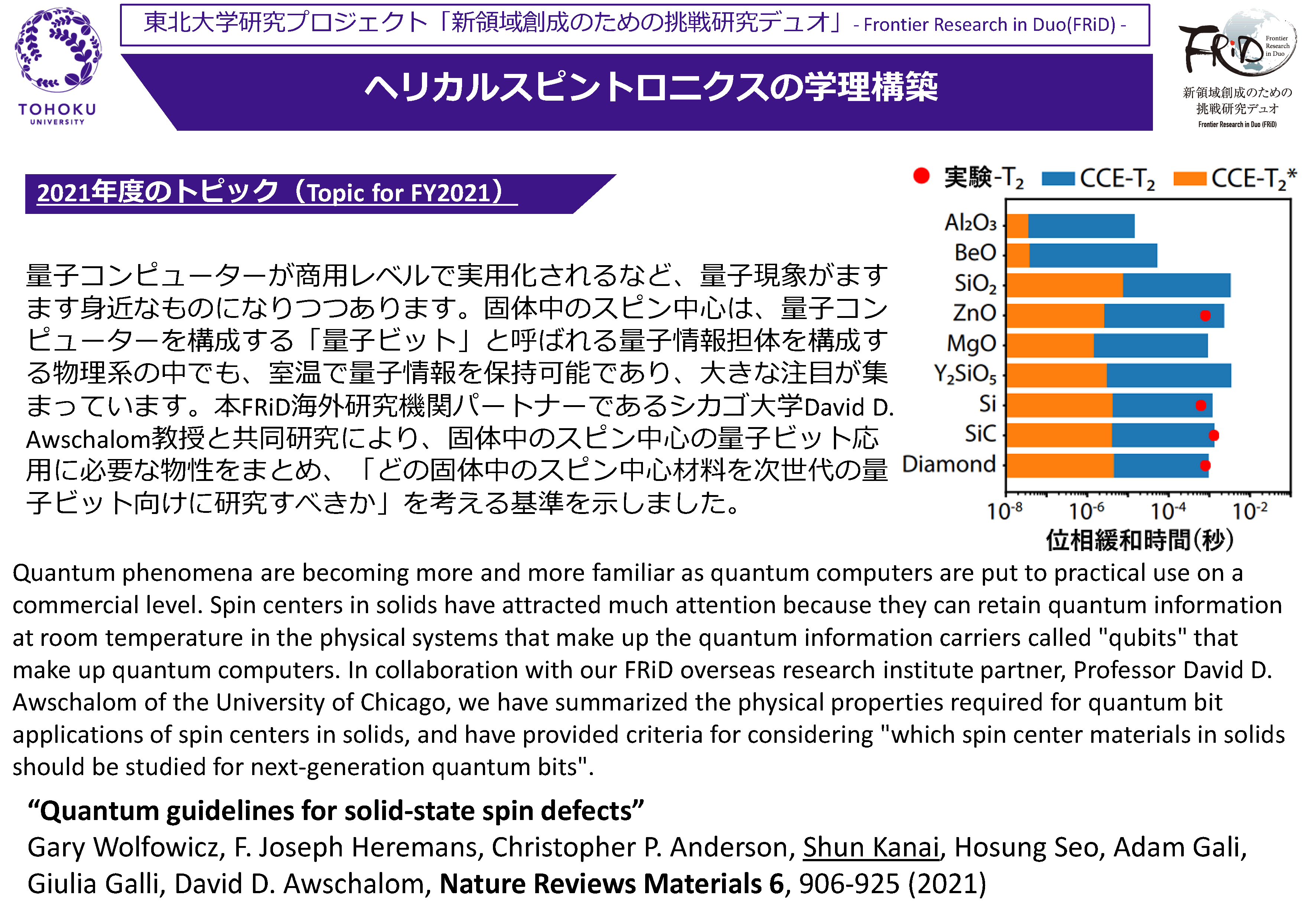 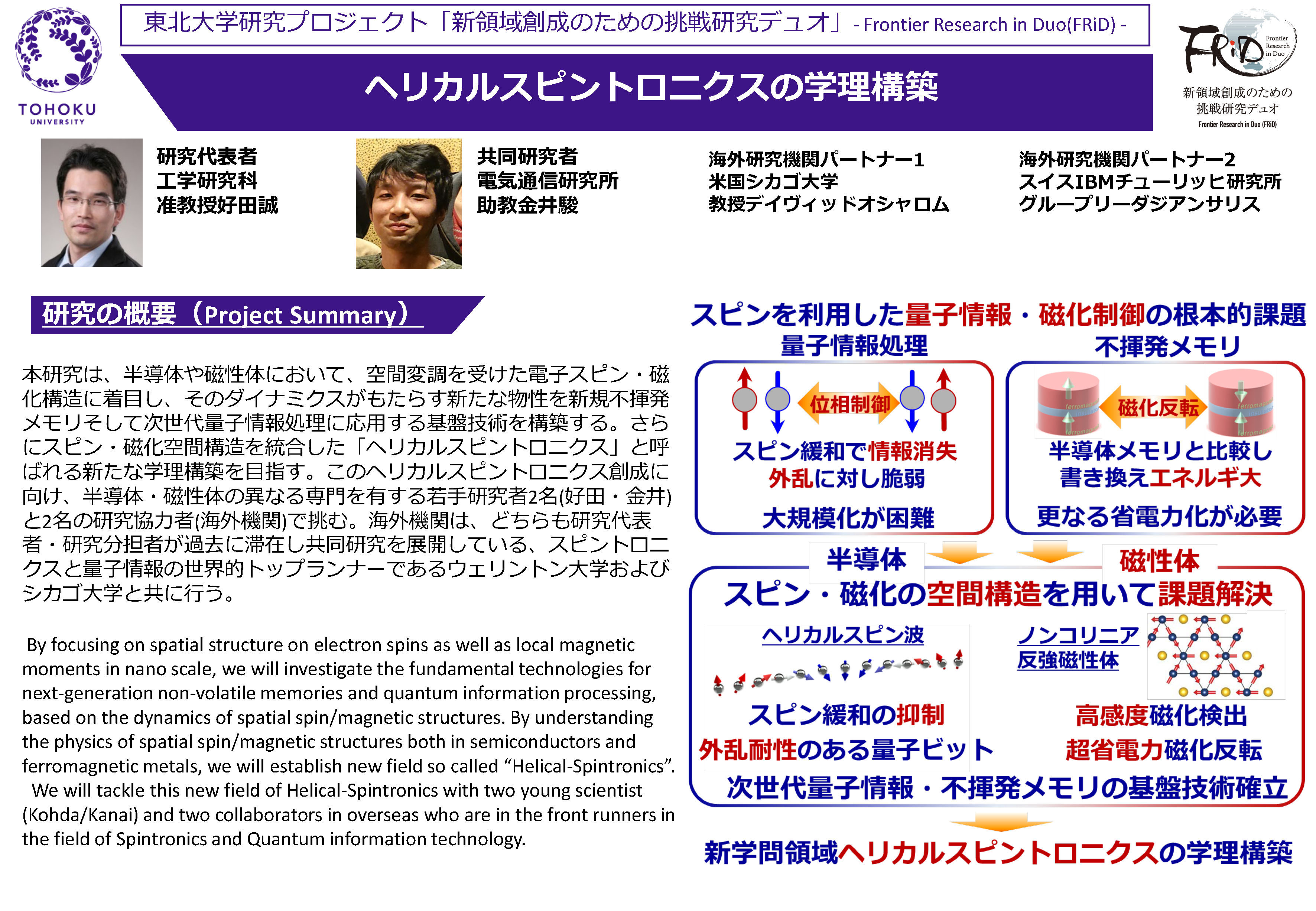 Here, we demonstrated the strong reduction of phase coherence in Fe(II)-phthalocyanine (FePC) / platinum (Pt) interface (Fig.1) and showed the possibility for spin transfer between FePc and Pt. Figures 2(a) and 2(b) show magneto-conductance with different temperatures for FePt / Pt and metal-free phthalocyanine (H2PC) / Pt structures, respectively. In H2PC/Pt, weak antilocalization was observed in low temperature, indicating the spin relaxation in Pt. However, FePt/Pt did not show any quantum interference effect. This implies the enhancement of phase decoherence by the molecular magnets. By the detailed magnetoresistance measurement, we pointed out the possibility for spin transfer from Pt to FePc. 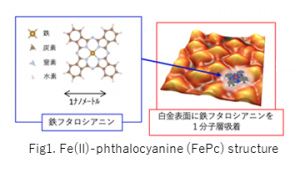 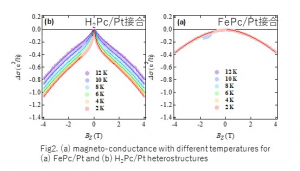