Development of innovative imaging system for sulfur respiration in humans

A striking example is that mitochondrial sulfur metabolism has been found essential for the efficient generation of proton gradient, resulting in the efficient production of ATP, which has never been described in the biochemistry textbook.

This and other discoveries related to the sulfur biology are expected to be further evolved, if simple and easy as well as non-invasive and non-destructive measurement system is invented based on Raman spectrometry.

The outcome of our research will have great impacts on a wide range of life science, including clinical medicine, pharmaceutical sciences, development of medical devices, drug development, renovation in agriculture and marine industry, and creation of functional supplements for disease prevention. 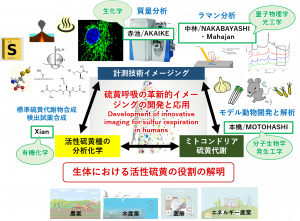 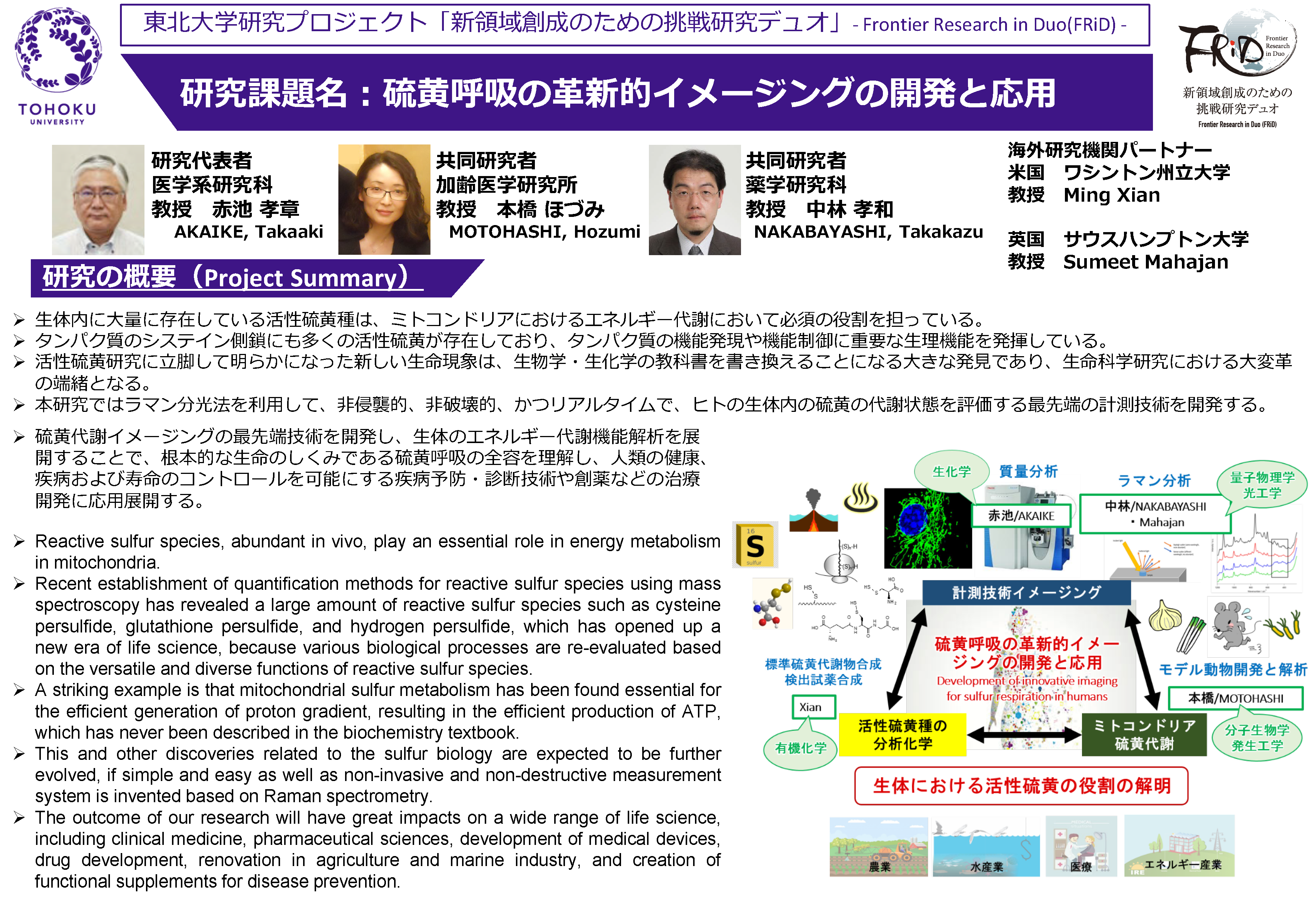 Professor Takaaki Akaike’s group in the Department of Environmental Medicine and Molecular Toxicology, Tohoku University Graduate School of Medicine have found that persulfidation of protein cysteine residues by reactive persulfide species protects proteins from irreversible dysfunction. This study elucidates a new redox mechanism in which reactive persulfide species prevents protein deterioration, and is a breakthrough discovery in biochemistry, cell biology, redox biology, etc. This discovery will contribute to the prevention of aging in human, the establishment of healthy longevity, and the development of diagnosis and prophylactic treatments for various diseases related to oxidative stress, such as respiratory and heat diseases and cancer.

The results of this research were published on January 1, 2020 in the journal Science Advances. 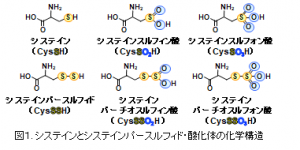 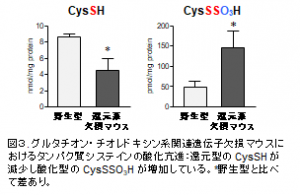 Our group has developed a specific fluorescent probe TAP-1, which is specific for nitrososulfide (HSNO), a reaction intermediate of reactive sulfur species (RSS) and nitric oxide (NO) (Fig. 4).

This study suggested that the vasorelaxation effect of NO (Nobel Prize in Physiology or Medicine, 1998) may be actually HSNO or nitrosopersulfide (HSSNO) (Fig. 5).

The current project is further extending in collaboration with the world’s pioneers of NO research in the field, including an NO Nobel laureate. 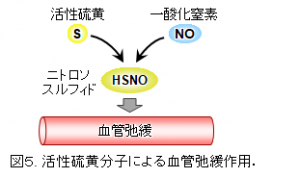